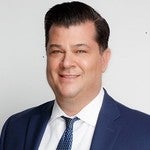 Mr. Duffy has a successful record defending DUI and criminal cases in courts throughout Southern California, including Orange, Los Angeles, and the Inland Empire. Before founding Duffy Law, P.C., Mr. Duffy practiced for more than 10-years in both the public and private sectors.  Mr. Duffy began his career in criminal defense within the Los Angeles County District Attorney's office, Justice System Integrity Division, charged with investigating allegations of criminal misconduct of law enforcement officers and use of force investigations.  There he assisted senior district attorneys in the prosecution of serious criminal cases that led to Grand Jury indictments and felony jury trials. Mr. Duffy then spent a year in public service representing indigent clients with the San Bernardo County Public Defender's office.  There he sharpened his trial and advocacy skills where he achieved not guilty verdicts in his first nine jury trials. Since that time, Mr. Duffy's practice has explicitly focused on DUI Defense, where he has defended more than 5,000 DUI and DMV Administrative per Se hearings.